Advanced TV: The US and UK as a role model for Germany? 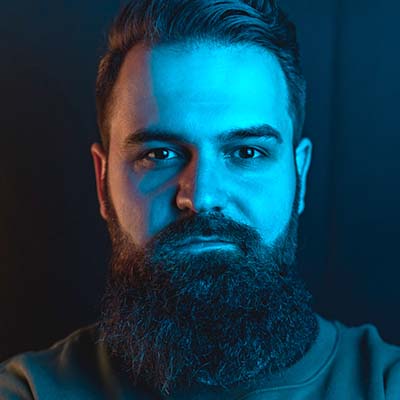 The increased adoption of streaming-enabled devices and advances in technology have led to a rapid adoption of Advanced TV (ATV) among consumers. Broadcasters and major media companies recognize this is a permanent shift in the way consumers engage with video content and TV programming, which in turn is reflected in increased investments to create proprietary content and streaming services.

However, legal issues such as data privacy challenges continue to be barriers for advertisers worldwide - but also specifically in Germany - to reliably reach their target audiences in the area of ATV. Although media owners, agencies and advertisers themselves are working on various approaches to target relevant consumers, these are often lacking accuracy, or there is simply a lack of solutions that meaningfully involve all the relevant players in the data strategy.

Products that work on the basis of postal code targeting, for example, require socio-demographic statements and have enormous inherent inaccuracies. In addition, there are also approaches based on IP ranges. But these also fall short and exhibit similar, possibly even greater inaccuracies than is already the case with ZIP code targeting.

On the other hand, a range of services are gradually emerging from ATV broadcasters which, although sometimes showing higher accuracy and very good completion rates ([...]completion rates of 97 percent on average.), are often unable to offer advertisers a comprehensive range of advertising services. Advertisers and agencies find it difficult to match their audiences with those of ATV providers, as there are often no common identifiers, no legally compliant basis for data collaboration has been created, or ATV providers do not have any persistent IDs, which means that the advertiser's first-party data usually plays no role.

All in all, we are still a long way from a programmatic ATV world in Germany that reliably integrates data strategies into day to day campaign planning and operations. But, if we are facing this challenge, so are other markets. Let’s take a look at other markets that are more advanced in the ATV space to see if they can act as a role model for the German market.

Status quo in the US and UK

In the US, many of the above-mentioned challenges, but not all of them due to the lower level of regulation by the legislature, were already addressed. As a result, the market in the US appears to be significantly more progressive with an advanced TV landscape that is based primarily on four pillars:

The US market and its services are much more mature than in Germany, where the major broadcasters have built services with clearly defined partners. However, the ability to collaborate is hindered by privacy and security challenges, and high crosswalk fees (in some cases up to 30%). The possibilities of booking ATV are more advanced in the US, but are usually associated with parallel access to several of the large providers.

The landscape in the UK is different: the market there is much less complex than in the US. Basically, there are three relevant ATV providers with ITV, Channel 4 and Sky, which offer widespread on-demand and widely developed advertising services with ITV Hub, All 4 and Sky Q/Now TV. Smart TV providers also have a large presence, led by Samsung and LG, and are offering their first advertising products, but here in particular there is still a lot of development and growth to be expected in the next few years.

It is clear that the landscape in the UK is more advanced. For example, the broadcaster Channel 4, in collaboration with InfoSum and mediarithmics, has launched a product that enables advertisers to easily match their first-party data with Channel 4’s 24 million All 4 audience under the highest data protection standards, without ever having to share data. This is enabled by InfoSum’s ‘non-movement of data’ approach, which in addition to fast implementation also brings the highest data protection standards.

Before the campaign is launched, the reach is further increased by mediarithmics' Advanced Data Platform, which is based on advanced modeling. Advertisers thus have the opportunity to quickly and easily reach target groups in ATV without having to worry about giving up control of their data.

Find out how BRANDM4TCH, Channel 4’s privacy-safe data matching solution powered by InfoSum, empowered a leading UK energy provider to target its customers across Channel 4’s highly engaged audience, without having to share any data.

Something similar is happening in the US, as the previous offering largely solved the problem of fragmentation, but thereby created the problem of a landscape consolidated among a few providers, a move toward a data collaboration approach can be observed there as well. InfoSum, with its agnostic approach towards publishers, broadcasters and IDs, and its high level of data protection combined with the possibility of rapid implementation, offers a service that makes it easier for all players to use data-based insights for playout in the field of ATV.

The bottom line: We need a sustainable solution

Looking at those two markets, of which both are more advanced regarding ATV media offerings, we need to understand that the right approach for the German market does not lie in slowly going through the same developments step-by-step while making the same mistakes that they did. But in creating a landscape that incorporates all relevant players in a meaningful way, and making sure clients’ data strategies are technologically feasible, economically justifiable and legally safe. This can not be achieved by creating smaller “walled islands” by broadcasters, but by enabling data collaboration.